I Left My Car in San Francisco. So Far, I've Survived.
THURSDAY, FEBRUARY 21, 2019 -- As a native Angeleno, I never thought I'd voluntarily jettison my car. From my first (a sleek, black, twin-piped, pinstriped, 1950 Mercury V-8) to my latest (an almost-impossible-to-park-in-San-Francisco Lexus SUV), my cars have been my refuge, my escape hatch, my movable man cave.

Cabs? Fine, if I flag one down--but I have never liked the surly dispatchers, being put on hold and the seemingly interminable waits for pickups. Public transportation? I love upscale long-haul buses with work tables, WiFi and power ports--but how often do you get to ride one of those beauties?

Along comes Uber, Lyft and the sharing economy. But is the driver insured? Know his or her way around town? Haul smelly pets in the back seat on weekends? Color me a skeptic.

Then one day a few months ago I felt a pain in my leg. It got worse. I started limping. Turns out I need a hip replacement. Suddenly unable to battle other San Franciscans for a parking spot and too creaky for three- or four-block walks, usually uphill carrying bags, my transportation world changed drastically. 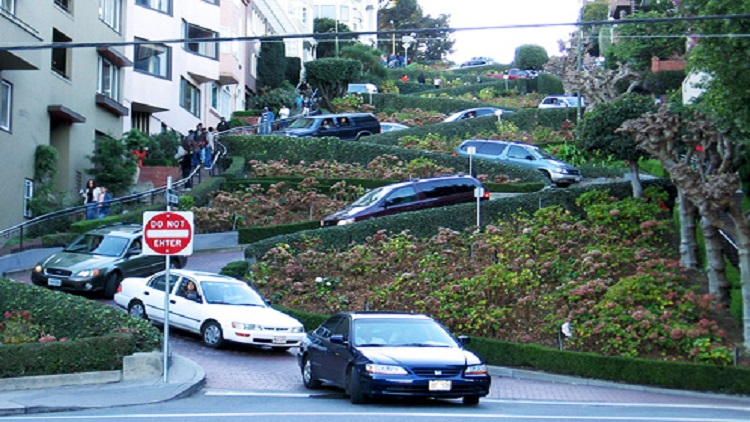 The only solution? My ace researcher loaded the Uber and Lyft apps onto my mobile phone. My Lexus went to a new home with a friend. And just like that I became dependent on the kindness of strangers who responded to taps on my phone.

Uber and I had a great first date. A lovely Brazilian lady who designs jewelry in her spare time showed up outside my office in three minutes flat in a spotless Toyota Camry. She was extremely patient as I put my cane and briefcase in her backseat, then crawled in Quasimodo-like while trying to look macho.

"Are you okay?" she asked. "Are you comfortable?"

Very thoughtfully, she had a smart phone power cord in the backseat in case I needed to plug in. Five blocks later I was home and she came around to open the car door and give me a hand. Fare: $6.86, about the same as a cab but without the flag drop.

My second Uber was just as smooth. A 50-something guy sporting a white cowboy hat pulls up in a Toyota Prius exactly a minute and a half after Uber notified eight drivers in the area that I was looking for a ride. He responded first and I get the digital dossier: his name, model car, license plate, how many Uber rides he's completed and what other passengers think of his prowess behind the wheel.

This driver, who offers riders sticks of chewing gum as an amenity, said he was a former heavyweight boxer who takes assignments from both Uber and rival Lyft. He prefers Uber because the brand is stronger. (Lyft drivers say they are treated better.)

A 20-minute ride in the rain right before rush hour was $8.32. As Uber and Lyft riders know, you get a price quote in advance and you rate the driver from one to five stars. Tip is optional. And, of course, drivers also rate riders--and shun customers with poor ratings.

During the past two months, I've relied almost totally on Uber, taking from two to six one-way trips a day depending on my schedule. I've been trying to plan carefully since you can run up hefty charges if you have a laundry list of things to do in a day. And you can't ask an Uber driver to wait while you dash in to run an errand because there's no meter to keep running up the fare during wait time.

Indeed, it took me a few rides to get comfortable with their rules of the ride-sharing road:

Uber, for example, can cancel a trip for any reason and that's annoying. But I've found that Uber immediately notifies another cluster of drivers that you're available for pickup.

Several times Uber drivers have spotted me hobbling along with my cane and instantly cancelled the ride figuring, I presume, that I'm more trouble to them than I am worth.

I discovered that I have a 4.90 rider rating.

On the other hand, riders are charged a dollar a minute if the driver has to wait for you to arrive.

Occasionally, three or four ride-share vehicles arrive at the same corner to pick up riders and it can be a mini-hassle sorting out drivers and customers. Drivers work for both Uber and Lyft, which can add to the confusion.

For me, the major annoyance with Uber or Lyft is the surge pricing and trying to game their computers that set the prices. Usually, before 8 a.m., I'm quoted $6.80 for a five-to-seven-minute ride form home to office. After 8 a.m., during rush hour, the fare jumps to $11 to $13. If it's drizzling, tack on another three bucks. Peak time airport runs can be a lot pricier in an Uber than a cab.

But for better and for worse, Uber and Lyft are the closest thing we have to a chauffeur service for Everyman. Both firms demand that owner-drivers pilot a clean, well-maintained car. Some trick out their vehicles with mini-snack bars, facial tissues, hand sanitizers and other perks.

What's more, ride-share drivers are generally a happy lot, who are thrilled to have a gig where they can choose their own hours, get paid instantly per ride and do not have to fuss with cash or make change. And since riders can rate a driver's performance, I find they are almost always personable. They are entrepreneurs, not employees. And I don't tip sourpusses.

When I get my new hip, I'll probably say so long Uber and welcome my Lexus home. But maybe not. It's generally been a lovely two-month affair.