The Clift in San Francisco
Plots Its Latest Revival
THURSDAY, MAY 30, 2019 -- The Clift, a 104-year-old stalwart on the San Francisco lodging scene, is plotting a comeback, maybe its third or fourth in the last 50 years.

Two blocks west of Union Square in the raffish Theatre District, the renamed Clift Royal Sonesta won't be chasing its former five-star, five-diamond status. New owners are spending upwards of $90 million for a top-to-bottom refurbishment and repositioning it as a four-star hotel. Weekend nightly rates are as low as $170 a night. Midweek rates next week are about $330 a night.

For decades, of course, The Clift was one of the city's most storied hideaways, a favorite of managerial-level business travelers and social lions. Abed Shalhout, the current food and beverage director and a Clift staffer for nearly 50 years, remembers when hippie-hating owner and general manager Robert Odell, Jr. would eject male guests if their hair touched their collar or if they weren't wearing a tie. He wouldn't serve anyone wearing a conventioneer's badge.

The Clift's most recent glory years were in the 1980s when Four Seasons operated the hotel. In 1982, Stan Bromley arrived as general manager. Obsessive about small details, Bromley quickly turned the Four Seasons Clift into San Francisco's first ever five-star, five-diamond hotel. But Four Seasons pulled its flag in 1995 and the hotel went into decline. By the end of the decade, The Clift went trendy when flamboyant hotelier Ian Schrager and designer Philippe Starck attempted to cash in on San Francisco's first tech boom. 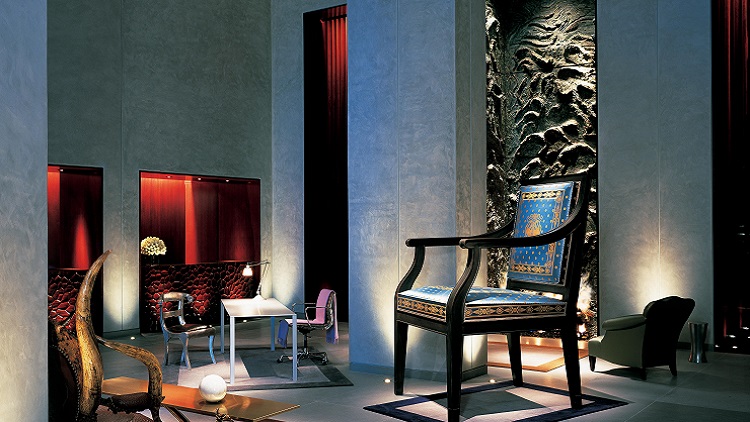 It was terrible timing. In 2001, the year the dot.com era imploded, Schrager poured $50 million into a renovation, chopped the Clift's room count to 372 from 404 and loaded the lobby with bizarre Starck-designed furnishings: a giant armchair that's impossible to sit in, sofas crafted from huge animal horns and other fantasies. Mercifully, Schrager didn't disrupt the clubby, library-like section of the lobby or tamper with the iconic Redwood Room bar. But he did add a branch of the Asia de Cuba restaurant chain where the staid French Room once stood. Schrager's iteration of The Clift eventually careened into bankruptcy and Asia De Cuba bailed in 2010.

Fast forward to today. A soft-spoken Scot named Euan Taylor, fresh from running three luxury resorts in New Zealand, is now general manager. Sonesta took over management last year. With dozens of hotels in the United States, South America and Egypt, Sonesta can trace its lineage to The Plaza in New York and The Mayfair in Washington. Taylor says his mission is to make The Clift "a contemporary classic, the 'best in market' " among the city's four-star hotels. The renovation will "lighten up" the dark lobby. Starck's eye-grabbing furniture--except for the huge chair--will disappear. The velvet-draped restaurant with its soaring ceilings will close later this year and be converted into a meeting room. A more casual Café will be created with a door to the street.

Every room is getting a makeover: Walk-in showers are replacing bathtubs, 50-inch TVs equipped with "casting," a feature that projects smartphone images onto the oversize monitor, will be installed. Taylor is keeping the Clift's business center.

Taylor is complimentary about the staff he has inherited. I spoke with a half dozen at random and asked questions to see how they would react. To the person, they were congenial, helpful, polished and free of attitude.

Concierge Erica Goldblatt, a native San Franciscan, wears a smart business suit rather than a uniform and sounds more like a United Nations delegate than someone who will snag you a table at a tough restaurant. She is quick-humored, too.

"I'm the guest's PA on the road and I work in concert with their executive assistant and not just when they're at the Clift. We're an extension of the business traveler's office."

Yet the Clift Royal Sonesta faces the same challenges as other grand dame hotels in San Francisco. In years past, it was the favored San Francisco bunkhouse of entertainment luminaries like Bette Midler, Diana Ross and Neil Diamond. President Jimmy Carter and many other bold-faced names were guests because Four Seasons laid on the pampering.

Nowadays, millennials, mostly in the technology trade, are the coveted guests and they tend to seek out experiences--tequila shots on rooftop bars with cabanas and city views—rather than gracious service.

How is Taylor going to win them over? The Redwood Room, meticulously paneled with the wood from a single redwood tree, remains the most elegant thirst parlor in the Union Square environs. It's almost always packed, lured by the 4-to-7 p.m. "decompression hour" where highballs start at $8 and a four-ounce "megapour" Martini is $12.

But service is where Taylor will continue to focus. "A lot of millennials aren't familiar with the benefits of excellent [guest] service. You have to be patient. When they look up from their phones, you can have an actual genuine one-on-one conversation and experience."

However, there is the matter of the Sonesta-imposed, $28-a-day "urban fee," which covers coffee, phone service, WiFi, gym access and includes a $10 food-and-beverage credit. Taylor isn't thrilled with the levy. "I shouldn't comment on it, but we will drop it after the renovation and I'm happy to see it go."

Meantime, two Boston-based Google officials like the Clift Royal Sonesta just the way it is. Giles Day and Casey Thornton, who usually book Marriott for the Bonvoy points, say the price and location caught their attention.

"The room is super comfy and all those horns and tusks on the sofas make it seem like a very urban private log cabin with a cool vibe," says Thornton.

"Nice at a time when a lot of business hotels are all the same," adds Day.