Curbing the Ride-Share Congestion at the Airport
THURSDAY, OCTOBER 24, 2019 -- A gutsy move to end curbside chaos outside San Francisco International terminals seems be working--and that is very good news for Boston/Logan and Los Angeles International travelers who use ride-sharing apps like Uber and Lyft.

Just as they do at most airports, Uber and Lyft drivers picking up flyers at SFO jockeyed for curb space with motorists, taxicabs, limousines and shuttle buses. "It was a mess--gridlock--especially during the busiest times," says airport patrolman Joe Gianini. "There were so many cars outside Terminal 3, it was always a hassle to find your Uber driver," adds Brian Morrison, a San Mateo-based flyer.

After a two-year trial-and-error study, however, SFO authorities in June created special Uber/Lyft pick-up areas far from the traffic-clogged curbsides in front of its terminals. It has taken months to smooth out the kinks. Things seem to be working now, but there's still some confusion and griping from both ride-share drivers and arriving passengers. 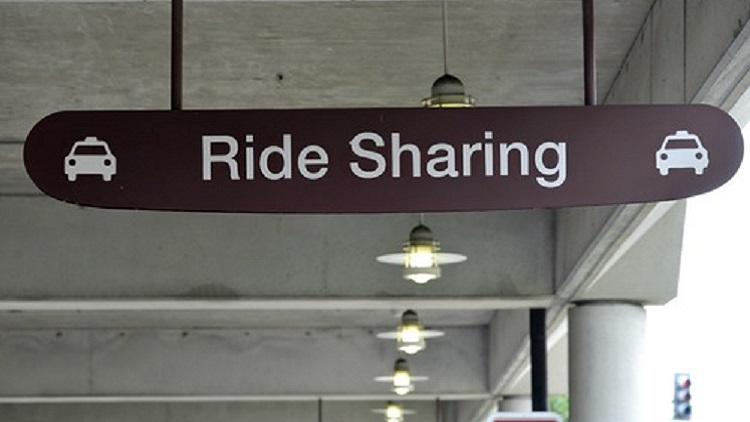 The justification for moving ride-share pickups away from curbside and inconveniencing travelers who use Uber, Lyft and the others? Volume that far exceeds the capacity of terminal roads. Logan officials say about five million cars traveling to or from the Boston airport last year had no passengers because they had already discharged flyers or had yet to pick up customers. During its busiest traffic periods, LAX officials say it can take 45 minutes for a vehicle to crawl through the congested horseshoe-shaped road connecting its terminals.

Back at SFO, Uber and Lyft drivers have been moved away from the airport loop's traffic-choked inside lane to a series of five-story, open-air parking structures. Arriving passengers now trek from their gate, navigate an escalator or elevator to baggage claim and walk to the garage serving their terminal. Then they must take an elevator to the roof, find their Uber or Lyft assigned "zone" and look for the license plate and vehicle pictured on their ride-hailing app.

Despite the longer walks and airport signage that could be much clearer, the new system appears to be working, especially if you've done it a few times. Travelers I spoke with said they waited an average of about six minutes after arriving at their zone. I ordered an Uber after I reached the roof, but some flyers order while they're still inside the terminal. Risky as that ploy may be, they try to time their arrival and the arrival of their ride-share driver.

There are some exceptions to the new SFO rules. Passengers arriving at the International Terminal are exempt. They still meet their Uber or Lyft driver at the center island on the departure level roadway outside the terminal. Travelers who prefer traditional taxis are also in luck. Dedicated taxi ranks remain curbside outside baggage claim at all domestic terminals.

Travelers who book traditional black-car service and limousines still get dropped off and picked up curbside, too. Nik Charalaghi drives for a local car service that charges about $80 for a downtown-to-airport trip, around twice the average UberX rate. He's happy to see Uber and Lyft re-routed to the rooftops so he and his passengers get in and out faster.

SFO skycap Arnold Kosta, working the curbside baggage check-in outside Terminal 1, said the narrow sidewalk where Southwest and JetBlue passengers cluster to avoid the long, snaking lines inside, "is a lot less crowded now." But, he added, "it still gets busy during [morning] and late afternoon rush hours."

Kosta was checking in Jason Cody, a San Francisco flyer who was spitting mad at Lyft because he wasn't picked up on-time--at home. "I've had problems before, so I drove my car to the airport and I'm paying [an off-airport long-term parking lot] $12.99 a day."

Meanwhile, ride-hail drivers have mixed feelings about SFO's rooftop pick-up zones. Silvia Vasquez, who's been piloting her Toyota Corolla for Uber for more than two years, says she doesn't go out of her way to pick up passengers at SFO.

"When it gets busy, there can be two long lines to get up to the parking lot roof. Riders get impatient," she explained. Her usual approach: Finish her airport drop-off and leave, preferring to deadhead rather than battle SFO's pick-up rules and traffic.

But Maria Araujo, a Lyft driver, is thrilled with the new passenger pick-up scheme: "Saves me time. I love it." Gewodroa Baria, who drives for Uber, is also a fan: "It's much easier for pickups. Before it was too crowded and too crazy."

There are three pick-up zones on the roof of the garage attached to Terminal 1. There's no seating except for a few large concrete blocks. The only décor? Some plants sunk in concrete. The Spartan location is perfectly fine--at least when the weather is fine. But when the rains come, waiting passengers will get drenched. They can try and take refuge in a small enclosed space next to the elevators, but then they won't be able to spot their driver.

An endless stream of Hondas, Hyundais and Toyotas drive by in one of three lanes. They stop at the pick-up areas designated with a letter and a number. If a driver and passenger do not connect in the assigned zone, the ride can vanish. That's because Uber and Lyft drivers can't park or wait more than five minutes. The airport has staffers, similar to curbside cops, who enforce the rules. No citations or tickets are issued.

Another waiting flyer, Bill Graves, complained that airport signage is "massively confusing. I followed a sign that says 'shared rides' and wound up in the wrong place."