Headed here for a face-to-face meeting that can't be Zoomed or videoconferenced and planning to stay in a hotel? The city's lockdown order is confusing. It does seem to bar "leisure" travel, but is opaque on the nature of acceptable business travel. You may have to be an "essential" worker to qualify for a room.

But where are you going to stay if you do come? Finding lodgings in this city of 34,000 hotel rooms isn't easy. At least two-thirds of the 215 hotels and motels inside the city limits are closed. Most hotel owners and managers have shut their doors and furloughed staff, claiming it's too expensive to operate with so few travelers seeking accommodations.

Hotels and motels that have chosen to stay open didn't quiz me when I called up to make a reservation. For example, at Marriott's cavernous, 1,300-room plus Westin St. Francis on Union Square, I was quoted $199 a night for a king single and only told "leisure travelers are discouraged at this time."

Meanwhile, San Francisco's Front Line Workers Housing (FLWH) scheme allows hotel owners to lease their properties to City Hall to house essential health-care and law-enforcement professionals. But FLWH hotels may also be used to house the homeless although properties are not supposed to mix the two groups.

Here is where things get murky. The city confirmed to me that it has leases with 25 lodging providers that are indeed providing accommodations to the city's homeless individuals. But officials stubbornly refuse to identify the properties involved.

The city only says that the FLWH plan has three hotels dedicated to "isolation and quarantine," one designated for "essential workers" and 21 where "occupants are vulnerable homeless persons."

To test the claim and get a sense of the city's transient lodging scene, I called around to several Nob Hill hotels: the Fairmont, the Ritz-Carlton and the Mark Hopkins. The Ritz and the Fairmont both said they were closed. I drove by the properties and that seems to be the case. 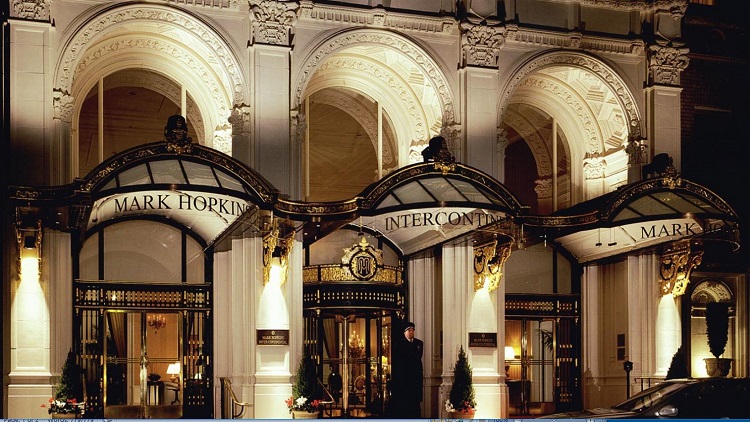 I called the front desk for a reservation and was told the hotel was closed. The Web site says it is "temporarily closed" and shows no room availability until mid-August. To see for myself, I drove into the parking area fronting the entrance. The lone doorman told me that only public service and health-care personnel could check in. No, he insisted, there were no homeless people housed in the hotel. Yet I personally saw what appeared to be five homeless people in the lobby.

On the other hand, the Mark's sister hotel, the 550-room InterContinental San Francisco just west of the Moscone Convention Center, is open. It quoted just $123 a night plus tax for a king single. I was asked only if I was a business traveler or a leisure traveler.

Surprisingly, the Buchanan Inn in Japantown, a favored hideaway of judges and lawmakers who do not want to be seen in the city's major hotels, is in the FLWH plan. I was tipped to that fact by a local who unsuccessfully tried to book a room for a visiting co-worker. I went over there, walked past two private security guards and found a makeshift check-in desk in the lobby. A staffer refused to talk to me when I asked if homeless people were housed there.

The public is getting mixed messages about the city's now-fragmented hotel scene. No one knows which properties are closed, which are open and which are being used by the city for Coronavirus-related purposes.

The FLWH plan has been especially controversial. According to a troubling report in the City Journal, San Francisco is doling out $200 a night of taxpayer money for hotel rooms for the homeless. And the city's Department of Public Health (DPH) also is providing them with free alcohol, cannabis and, until recently, free cigarettes. The DPH claims the cost of the liquor and drugs was being underwritten by private donations, but City Journal said the agency could not or would not furnish a list of donors.

An official of San Francisco's health department, Rachael Kagan, told me via E-mail that the city wasn't handing out booze and drugs to any homeless person who asked.

"There are a small number of residents of the hotels who have been diagnosed with alcohol use disorder who are prescribed doses of alcohol to prevent withdrawal during their stay," she said.

She flatly denied the marijuana report. "We do not provide cannabis."