Can Hotels Afford to Wait For Business Travelers to Return?
THURSDAY, AUGUST 6, 2020 -- If and when the Coronavirus is eventually subdued, the worry among the lodging industry is whether and when business travel will return to pre-Covid 19 levels.

The most important business travel cities--New York, San Francisco, Seattle, you know the places--have been hit harder than the nation at large. Since occupancy hit rock bottom in mid-April, when about 80 percent of the nation's guestrooms were empty, business has slowly rebounded. Around 48 percent of the nation's rooms are now filled. But not in the big cities. While a handful of towns--Detroit, Atlanta, Philadelphia, San Diego--actually reached 50 percent occupancy during the last week of July, New York was limping along at 36 percent. Seattle was at 35 percent. Miami, the hottest of Coronavirus hotspots, was at 30 percent. New Orleans filled just 28 percent of its rooms. 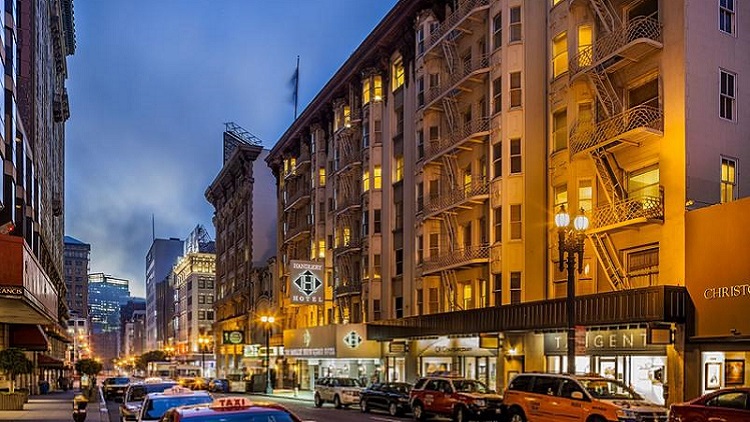 One hotel owner is exceptionally candid. Jon Handlery's 377-room Handlery Hotel in San Francisco has been family-owned since 1948 and the building is debt-free. It's been closed since April 4. Handlery furloughed 90 staffers, but he has funded their health insurance without interruption. Yet he isn't sure whether it's worth reopening the property on Union Square.

Here's why. On July 7, the San Francisco Board of Supervisors, lobbied hard by the city's activist hotel union, unanimously passed a 60-day ordinance requiring hotels, motels and office buildings to scrub down and disinfect all public areas "multiple times" daily. And that is something of a compromise: The original mandate called for a disinfecting scrub every 30 minutes.

San Francisco Mayor London Breed signed the measure into law, but the city's Hotel Council and two lodging associations sued on July 20 hoping to void the mandate. The question now is whether the 60-day ordinance will stand or be renewed for another two months.

It's just the latest obstacle facing San Francisco hoteliers, Handlery says. "I walk out our front door and I look both ways on the sidewalk [for potential crime] and then there's the homeless 'street scene.' "

Handlery is referring to San Francisco's mushrooming homelessness crisis. Originally tucked away on alleys and side streets in the gritty Tenderloin neighborhood, homeless encampments have spread throughout the picturesque city. That makes the downtown area doubly unsavory since it's also torn up with construction. A jumble of detours and one-way streets makes the central business district nearly impossible to navigate.

City Hall has currently designated September 1 as the date when all businesses can resume, but that can change depending on the severity of the pandemic. Handlery figures the new cleaning protocol will cost him an extra $1.3 million annually to operate his hotel at just a 50 percent occupancy. The tab will rise sharply if the city ever regains its usual 85 percent occupancy rate.

Kevin Carroll, the president and chief executive of the Hotel Council of San Francisco, contends that his 40 hotels are already spending heavily in additional staff time and materials to meet statewide cleaning and disinfecting guidelines written in conjunction with the CDC. Before the San Francisco ordinance passed, Carroll let it be known that he thought hoteliers were doing a better job scrubbing their guestrooms than the city fathers were doing keeping the town tidy.

Handlery, the former chairman of the Hotel Council and onetime head of the city's Convention and Visitor's Bureau, was equally outspoken. He penned an op-ed in the San Francisco Chronicle blasting both the "self-serving" union and the city's board of supervisors. He raged against the politicians with "no medical or scientific education or experience" who rammed through the euphemistically named "Healthy Buildings Ordinance."

Then he upped the ante and spoke about the elephant in the city. "Tourism is the number one business in San Francisco," he wrote. "Even before the pandemic, our guests and employees would tell us how disturbing the filth in our streets has become and how unsafe they felt walking around. We already have lost major conventions and many repeat guests because of what they experienced when they stayed here."

And again his bottom line: "If we must open our hotel under these circumstances, it could very well put me back in the situation where I had to close the hotel in the first place."

Rhetoric aside, Handlery tells me San Francisco will take a huge hit this fall and potentially beyond, because meeting planners and convention goers are sheltering in their own places.

"September and October are the city's two busiest months and corporate meetings, conventions and exhibitors drive it," he says. "With [social distancing], they will have to cut back on the number and size of exhibits."

It makes for a dreary business outlook for a lifelong San Franciscan whose fourth-generation hotel is part of the city's fabric.