In early March, five weeks before a Maui holiday, Los Angeles-based novelist Richard John booked a Nissan Versa sedan from Alamo Car Rental through a Hotwire deal. His rate: $7 a day plus taxes and fees when he paid in advance for his month-long rental.

A few weeks later, just days before his Maui getaway, Albany, New York, executive Steve Cosgrove was quoted $250 a day by Alamo. Sixt Rent a Car quoted $800 for a two-day rental that included taxes, fees and surcharges. "Who would pay that insane amount of money?" the Joe Sent Me member asks. 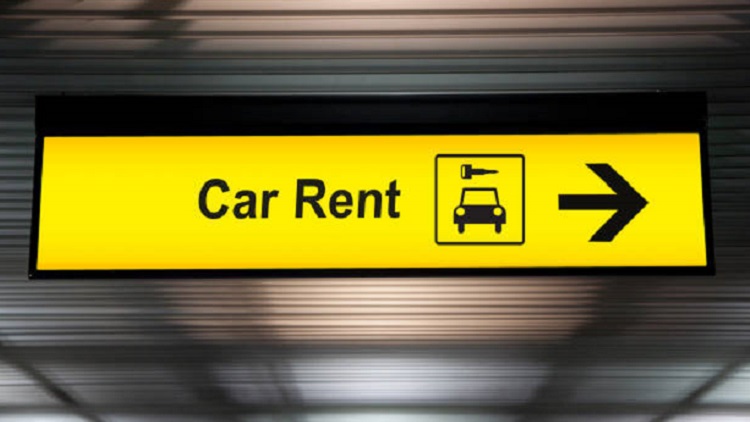 Locals and Hawaii visitors searching for a rental are being quoted $600 a day "and higher," says Honolulu TV station KHON. The state's consumer affairs department is investigating the astronomical rates around the islands.

Insane rental rates are not limited to Hawaii, however. Across the mainland, prices have roughly doubled since the pandemic began a year ago. Quotes of $200 or even $300 a day are being reported by travelers around the nation. And the rate inflation has hit both airport locations and in-town rental stations.

Gordon explains that large rental companies downsized their respective fleets by 50% last year during the pandemic as customers stayed home or used their own vehicles for short getaways. It wasn't until earlier this year that people decided, " 'Forget about this,' put on their masks and said 'I'm going.' "

At the same time, car rental companies have run into roadblocks trying to rebuild their fleets. With carmakers slashing production due to limited demand and glitches in the manufacturing supply chains, the rental firms started buying used vehicles, but "prices are through the roof."

Gordon is convinced rental "rates should be back to normal by late summer. Prices," he thinks, "will be healthy but not exorbitant."

Others are not so sure.

Jim Schalberg, the South Carolina-based chief executive of Auto Rental Solutions, which advises and trains rental agencies, is one of the skeptics. "In my personal opinion, I don't think prices will ease up any time soon. Be prepared to pay."

Schalberg points to the spike in car rental demand and reduced supply as a harbinger for continued high prices. "We have this sudden demand to travel because people have been cooped up for way too long," he says. "Rental inventories are less because the number of used cars has dwindled to almost nothing and manufacturers are having problems getting new cars into the system."

Longtime car rental consultant Neil Abrams warns that "customers [must] get used to waiting in line at counters again because they are returning more quickly than rental car companies can add cars. It's no secret that they dumped hundreds of thousands of cars" last year and can't find replacements.

What can you expect to pay if you are getting back on the road and looking for a rental deal? I randomly chose several cities, searching for medium-sized sedans and SUVs for a two-day rental from April 27 to 29. Get ready to cringe:

Enterprise at Chicago/O'Hare quoted $80 a day plus taxes and fees for a mid-sized sedan such as a Hyundai Elantra. A Toyota Rav4 was $87 a day or $236 for two days with taxes and fees included.

National at Boston/Logan quoted $83 a day or $228 for two days, tax and fees included, on a Volkswagen Jetta, which it classifies as standard-sized sedan. For a Ford Edge, which National deemed a standard-sized SUV, the two-day price was $292 total.

So what far, far better things can you do these days to secure the lowest prices? Plan and book early since rental firms now are acting very much like airlines. Lean on your car rental loyalty programs as members may get a lower deal. And, obviously, shop around, check third-party booking engines and rental niche players such as AutoSlash.com. Finally, if you are a fan of peer-to-peer lodging operations such as Airbnb, consider Turo.com. It hooks up car renters with private owners willing to rent vehicles.